From Beyond Two Souls Wiki
Jump to: navigation, search 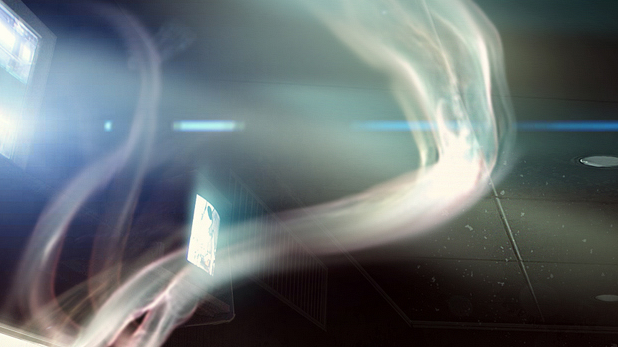 Aiden, shown as an apparition in the monitoring room at the CIA research complex.

Aiden is a supernatural entity who is intimately tethered to Jodie Holmes, and has been following her since birth. Aiden follows and assists Jodie throughout her life, and appears as an invisible entity; though he is "invisible", Jodie drew a picture when she was younger depicting him as a black mass, suggesting that she can visualize his presence. The name "Aiden", pronounced "Eye-den", comes from the Old Irish root "aed", meaning "fire", an apt symbol when his latent aggression and protective nature is taken into consideration.